XMPP is everywhere. Did you have any idea that your local SWAT team might be using XMPP for tactical coordination, or that the same technology might be used to allow friends and family to track and share location with each other? It always amazes me where XMPP will turn up, but Ilya and his team at Drakontas have used the technology to great effect with their two products, Smyle and DragonForce.

I often meet people doing amazing things with XMPP technologies, and through these case study interviews, I want to highlight the great work that these people and companies are doing. This is the second case study interview (see the first one on Cabulous), and I really hope you are enjoying these as much as I am.

Ilya Braude is our guest for this interview, and he is the lead software engineer for Drakontas, working on both their Smyle and DragonForce products. 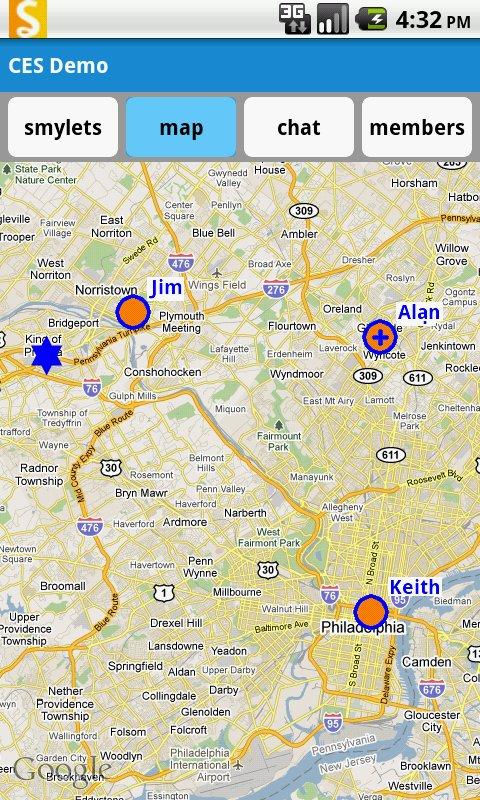 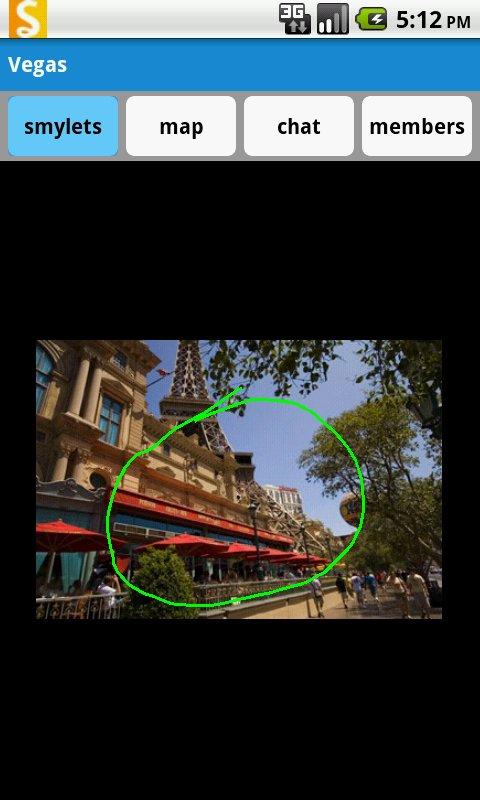 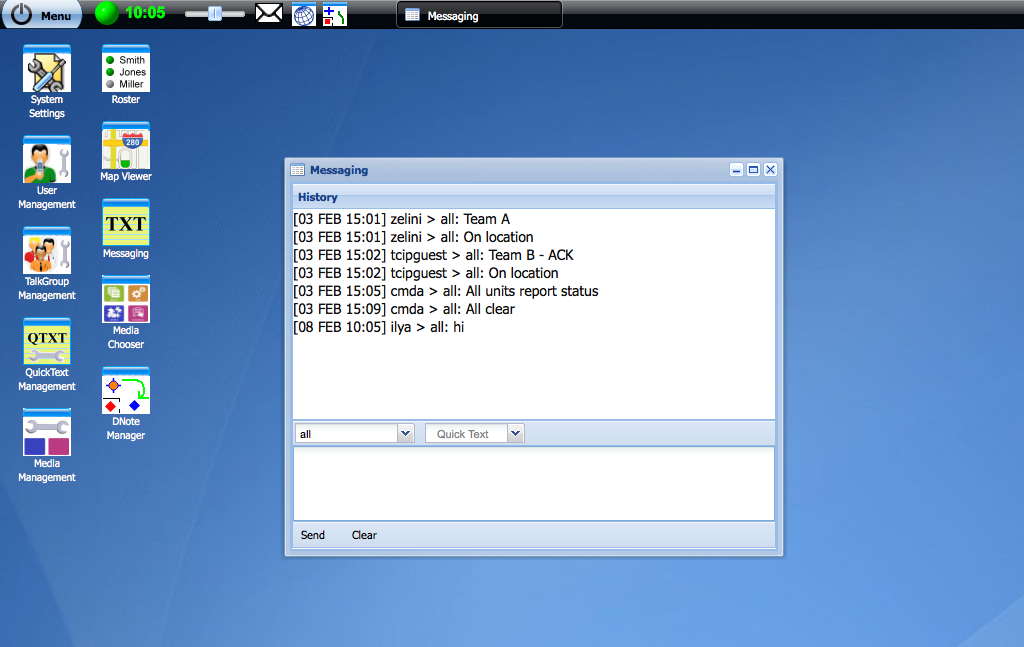 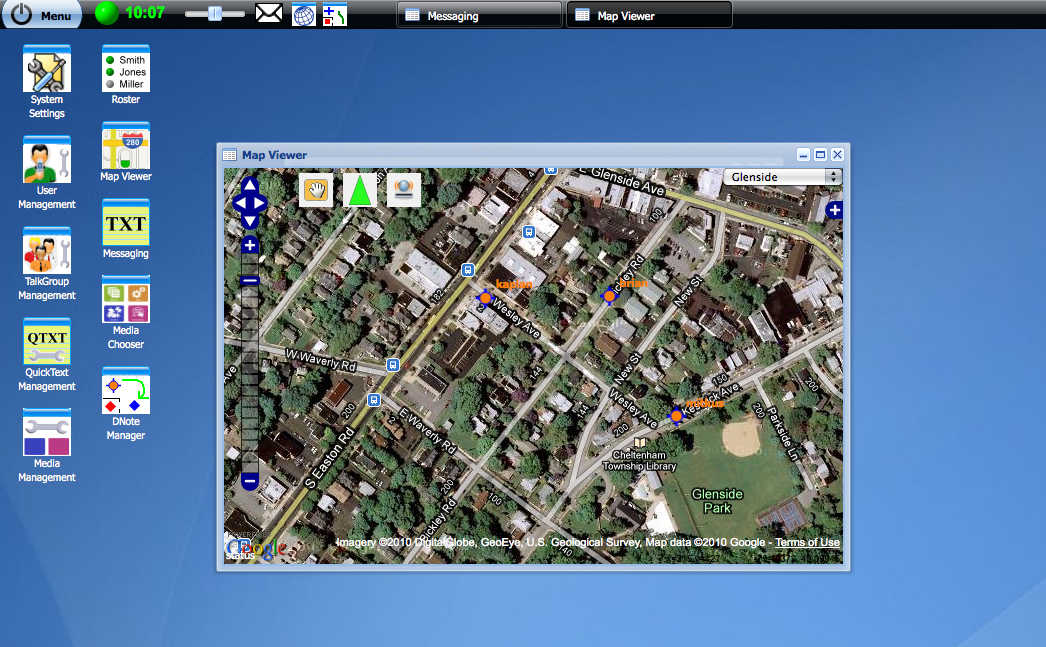 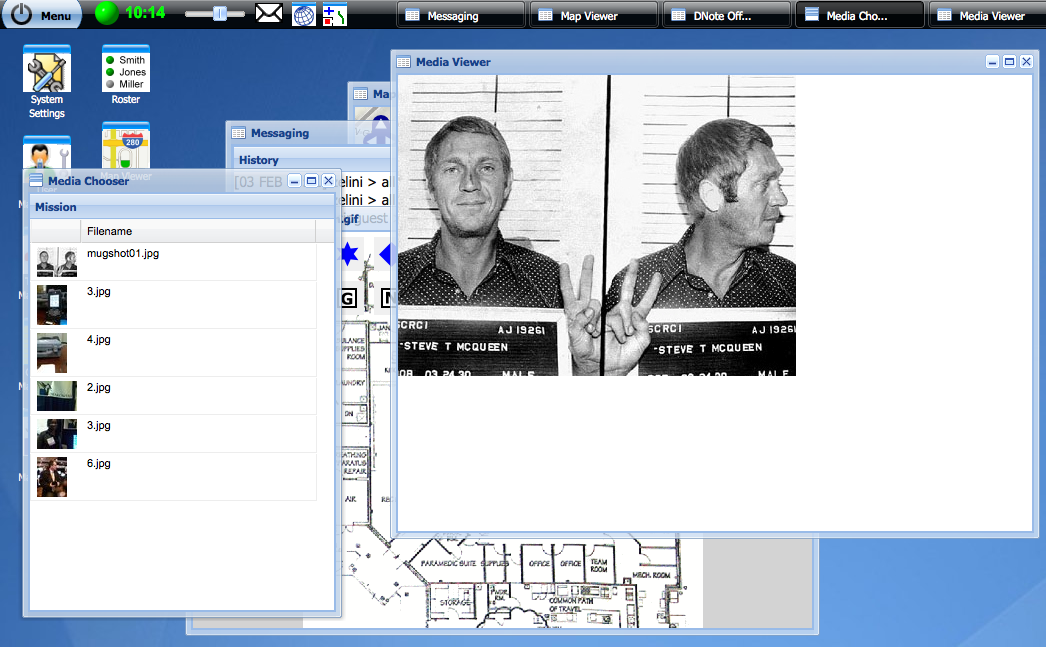 Jack: What is Smyle?

Ilya: Smyle is a group-based social collaboration application that allows you and your friends to interact with each other to plan or coordinate around specific events.

It does this by allowing group members to chat, share location, and pictures. All pictures and maps are also instantly turned into shared whiteboard sessions, allowing annotations and icon placement.

Jack: Can you give some examples of how people are starting to use Smyle?

Ilya: Smyle in being used in various ways. First, it’s being used as a real-time location tracking service. People are using it to track each other as they are arriving at the same destination, without having to call or text each other to get status updates.

Then, they can use the whiteboarding features to enhance that experience. For example, I might draw a path for you to take on the map, to show you exactly where I am and how to get to me and use icons to mark destinations and places of interest.

The chat feature is also heavily utilized, probably because people are accustomed to it. However, the other collaborative features were designed to minimize overt chat and allow users to collaborate naturally.

Jack: You currently have a version for the Web and for Android phones. Are other implementations planned?

Ilya: Yes, we are constantly being asked if an iPhone version is available, and we are working on it. There’s no planned release date yet, but it’s definitely coming.

Jack: It seems like the friends, chat, and collaboration are all great places for XMPP. How much of the system is powered by XMPP?

Ilya: Because the application must be real-time and collaborative, XMPP is a natural choice that has worked very well for us. Almost all of the communication is over XMPP, with the exception of out-of-band image downloads, which use HTTP.

In fact our protocols are based on the PubSub specification. We have implemented custom components on the server side which masquerade as PubSub services, but perform business logic operations on the payloads.

The whole XMPP ecosystem has been great for this: everything from libraries for the browser (we use Strophe), to the excellent work that has been done with XMPP and Twisted, to stable XMPP servers that are at the core of the messaging bus.

Ilya: We have been trying to stick to existing specifications as much as possible for several reasons. Client (and server) development is easier if we reuse existing library support for PubSub and Data Forms, and it would be easier for third party integration if we decide to open an API in the future. So we have been able to use existing specifications in creative ways. For example, a whiteboard is a PubSub node, where each item in the node is an annotation or icon. We use Data Forms for structured data and configuration. The customization comes from how clients and servers interpret these existing protocols.

Jack: Did you find that using existing protocols, even if library support wasn’t available, made you more productive?

Ilya: A lot of smart people have spent time designing the protocols, so it’s great to be able to rely on well-written and thorough specifications. We don’t have library support on all platforms. In many cases, we’ve had to implement our own, and have contributed the code back to the open source community. This allowed us to concentrate on what was important for our application rather than the lower-level protocols. We did face some challenges with this approach and have had to come up with interesting ways to model information. However, in the end, I believe reusing existing work was the right approach.

Jack: You’ve given some great reasons for choosing XMPP. Were there other technologies that you evaluated as well?

Ilya: The first consideration was, of course, to implement our own. And having done so in a previous application, we decided that it wasn’t the best choice. We’ve also briefly looked at other messaging platforms such as JMS, but it was quickly obvious that they weren’t a good fit. XMPP was simple enough to understand, and develop with, especially because we could see wire traffic and compare it with existing working implementations. So it was a natural choice.

I should also note that XMPP servers offer a lot out of the box, especially Multi-User Chat and PubSub. Our initial implementations used built-in server implementations, which we replaced with custom components as our requirements and feature set grew.

Jack: Was this your first time using XMPP?

Ilya: Prior to this application and another application that we have also built with XMPP, I’ve had no experience with it at all. Needless to say, there was a lot of time spent reading specs!

Jack: Did it take long to get up to speed with XMPP? Which parts gave you the most trouble?

Ilya: One of the first things that I did with XMPP was implement a J2ME client from the ground up. That didn’t take too much time. One of the initial challenges was determining what server features were available and how we could use them correctly. And also we’ve had to figure out what our server of choice actually implemented and any quirks it had.

Jack: When I first met you, you showed me another project that your company created. It seems like something you’d see on TV shows like 24. Can you tell me a little bit about DragonForce?

Ilya: DragonForce is an application for law enforcement, first responders, and tactical teams. It allows for rich real-time information exchange between the units in the field and command centers. We’ve worked a lot with SWAT teams, and routinely participate in tactical exercises with them. The state of the art in communications is usually a voice radio. DragonForce allows teams and individuals to track each other on a map, send text messages, and share annotatable pictures, floor plans, and maps.

There are numerous advantages to this type of system. For example, sending a picture of a suspect augmented with a text description immediately to everyone in the field is far better than sending a description over the radio. The guys in the field can take pictures using their mobile devices and send them to the commander, providing valuable visibility into a situation.

Jack: All the same features from Smyle are there as well right? Real-time location updates on a map, whiteboarding on floor plans, etc?

Ilya: Yes, all of these features are in DragonForce as well. Floorplans turn into whiteboards so that, for example, as rooms are cleared in a building they can be marked off silently and quickly without radio chatter.

Jack: Will you be using XMPP in future projects? Do you recommend it to others?

Ilya: I would absolutely recommend it, and we’ll keep building collaboration software using XMPP. Besides the technology, there’s a great and active community that has helped us a lot, and I’m sure will help others as well.

Smyle and DragonForce are both custom XMPP clients. The websites both use the Strophe.js library for XMPP communication over BOSH. The mobile clients use native connections.

Ilya has made many of his own plugins for Strophe.js as well, including ones for Data Forms, PubSub, Multi-user Chat, Service Discovery, and roster management.

The XMPP server used for DragonForce is Openfire, but the Drakontas team have switched to Prosody for Smyle.

They have written a number of custom components in Python using Wokkel and Idavoll. Having the components being external to the server makes them portable across the two different servers.

I met Ilya at the XMPP Summit in Brussels in 2010. He completely floored me with his demo of DragonForce, and he followed up later in the summit with some great ideas in his Strophe.js plugins. He and his team have done some amazing things, both with web technology in general and with XMPP specifically.

I can hardly believe that the same technology platform they’ve built powers both such a niche use case and a consumer application, but once you use the products, it makes a lot of sense.

You can try out Smyle yourself right now on the web or with their Android client.

If you have some questions for Ilya, please leave a comment. I’ll make sure he sees them.